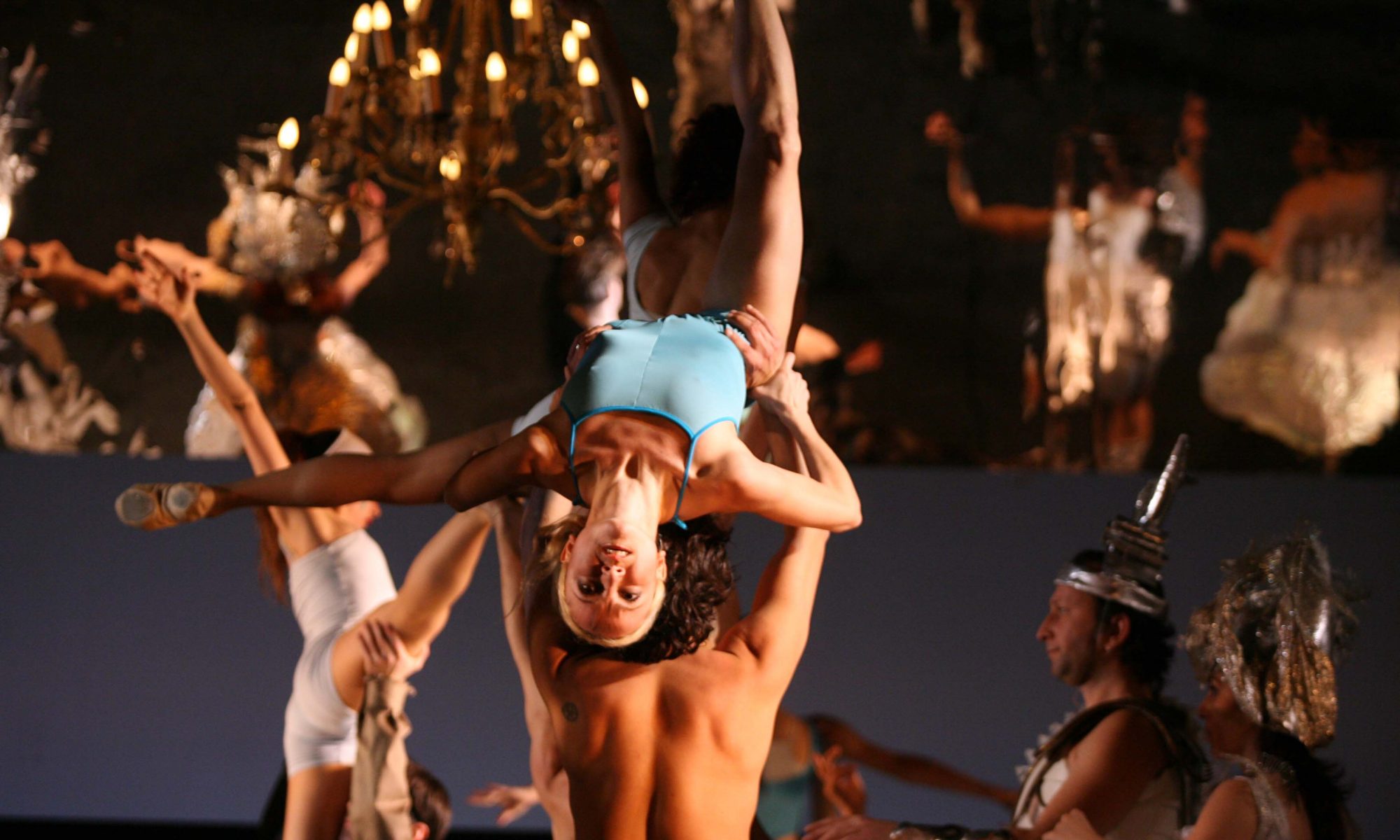 In 2007 I received a commission by the Opera House in Izmir, Turkey. Adnan Saygun, one of the most influential Turkish composers of the 20th century had died shortly after finishing his only ballet music titled “Bir Kumru Masali” (A Pigeons Tale) which had not yet been performed. To commemorate his 100th birthday Izmir Ballet decided to finally bring this piece to the stage.

His rich, colorful and fluorescent music was unfortunately set to a libretto of lesser quality. I decided to use the music to dive back into the rich history of Izmir or Smyrna, as the city was known for many centuries. 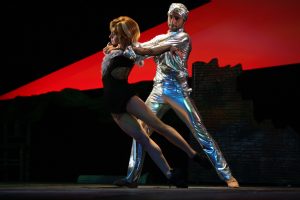 Keeping the basic idea of the Djinni as suggested in oriental original plot by Saygun, the iridescent dreamlike music of the overture evokes the appearance of a silvery ghost in the middle of a symphonic concert.

He hands out a crystal ball to six  young visitors of the concert whose dreams turn into reality.

A young boy wants to experiences the adventures of a greek hero and meets the ancient gods. Clad in cothurnas and dressed up to the hilt they rather remind him of todays fashionistas. 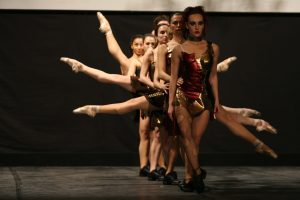 The power and determination of young woman brings back to the age of the amzons:  strong women, fighters for female independence and true warriors.
Using the legend that they would cut off their left breast to enabe the shooting of arrows we chose a similiar image. The dancers would wear different shoes:  one pointshoe and one dance-sneaker.

But when dives into the terrors of the Turkish liberation wars under Kemal Atatürk, he is soon lost in a world of pain and  despair created by modern warfare. Only with the help of his friends who pledge the Djinni to release him his from his nightmare he is saved.