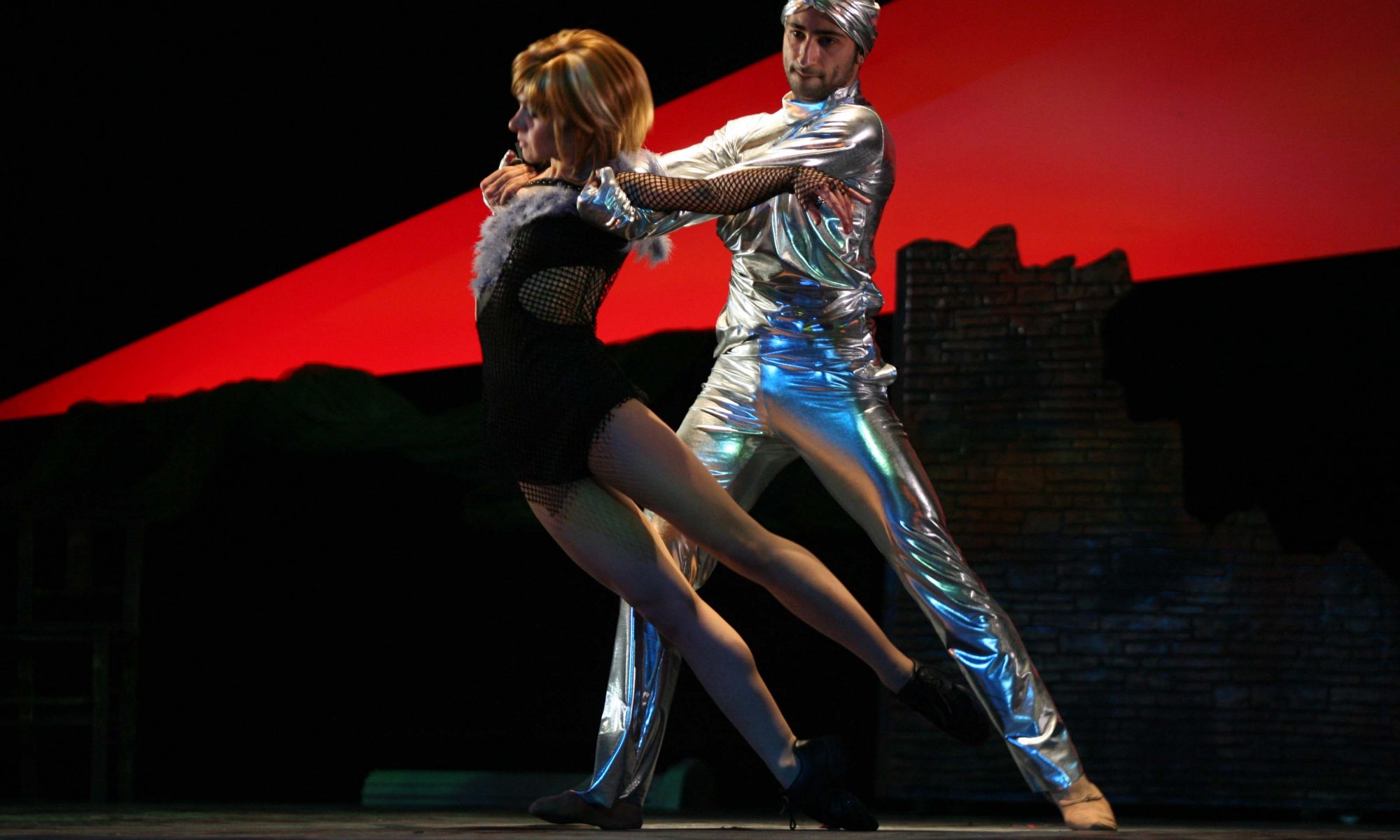 In 2004 Kreissig blended classical ballet history of the 20th century with Video games. A group of teenagers enters a gaming lounge where they are enticed by its strange owner to indulge into playing video games.
The “reality level scenes” would be set to music by the famous minimal music composer Philipp Glass, who had created orchestral version of David Bowie songs.

The “video game sections§ were using music of Igor Stravinsky’s most famous ballets: a short peek of “Apollon Musagete” is followed by the finale of “Firebird” and an excerpt of “Sacre du Printemps”.

In the second act three of the youngsters are being pulled in to play the main roles in “Petrushka”: the unhappy clown, his beloved ballerina and the brutal gangster.

Each of the dancers of Wuerzburg company was partnered with an amateur dance-double who would be present while the dancers enacted as their own avatars.

Due to an injury of the soloist playing the moor Kreissig even had to jump in as a dancer. 8 weeks after the premiere and with merely 1 day of preparation he managed to save a performance which would have been cancelled otherwise.
The aching muscles after this performance strained him during the rehearsals of “Countess Mariza” in Stralsund at the Baltic sea where he was responsible for the choreography.

Unfortunately the timing of this production had a flaw: many national critics had gone to Wuerzburg 4 weeks ahead of our premiere to attend the rediscovery of an opera about the famous sculptor and woodcarver Tilman Riemenschneider who had died in Wuerzburg in 1531. The most discussed question about this opera was whether its composer Casimir von Paszthory had been too closely associated with the Nazi party during the Hitler regime.